How Diets Have Changed Through the Decades

Trends come and go. Even the credible advice of nutritionists can change as our understanding of the body grows and evolves. That means that diets have changed throughout history. And not just diets as weight-loss fads, but the way everyone approaches food. Let’s take a look at some of the significant changes over the decades.

The American diet in the 1940s is particularly interesting because we were a country at war. During World War II, the government was rationing food. The foods in scarce supply were things we consider staples today; sugar, butter, milk, cheese, eggs, coffee, meat, and canned goods. It was hard to create a healthy diet because you simply didn’t know what foods you’d have access to from one week to the next.

Fresh fruits and vegetables were also hard to come by because labor and transportation were an issue. In response, the United States government encouraged people to plant Victory Gardens in their own yards. Not just to help supplement their food stocks but also as a sign of patriotism.

The food wheel of the 1940s also stressed the 7 basic food groups at the time. It was recommended that people eat something from each group every day. The groups were.

♦ Potatoes and other vegetables and fruits

♦ Butter and fortified margarine (yes, this really was considered one of the essential food groups)

With all of that background information on food in the 40s, you might begin to see that food was scarce and what there was, people couldn’t afford unless they grew it themselves. That meant that dieting to lose weight was not a focus. Eating to survive was the focus.

By the time World War II ended, the American diet had again gone through an evolution. The government was stressing family meals, and in response, the USDA developed the Daily Food Guide, which had only 4 main food groups.

They also came out with serving sizes, which was a new approach. Rather than suggesting each person have something from each category, they began suggesting how many servings a person should have. 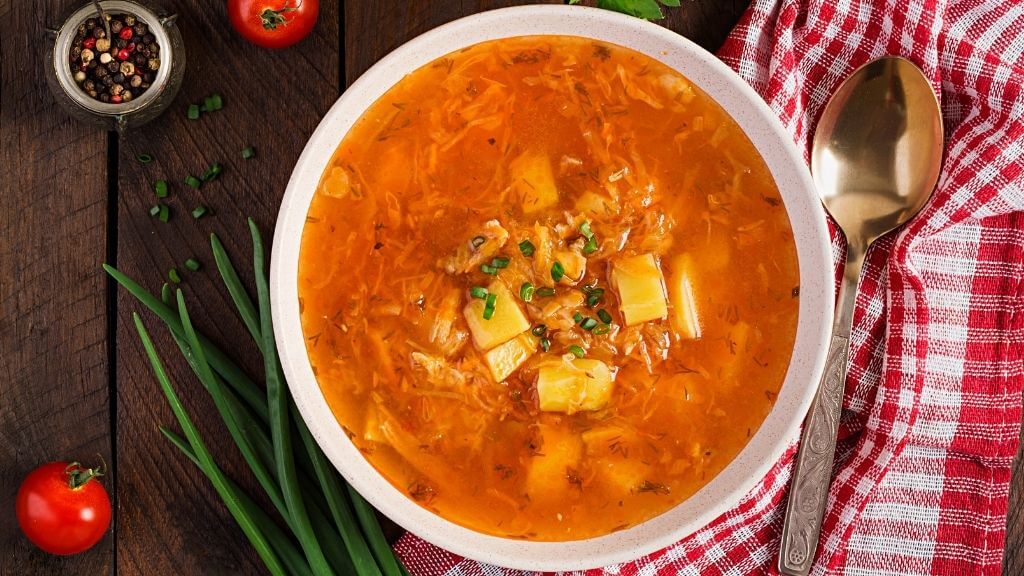 In the 1940s, there was a huge focus on not wasting food. This was government-supported because of rationing, and most people complied because they knew how scarce food could be. Storing, canning and other preservation methods continued to be very important in the 1950s and 1960s. Food was not wasted; in fact, the focus was more on eating what you had rather than prioritizing nutrition or dieting.

Some diets that you might have heard of in the 50s and 60s were:

♦ Cabbage Soup Diet. This is the fad that doesn’t seem to go away.

♦ Weight Watchers. They were founded in 1963

Okay, so that basic 4 food guide from the USDA stuck around for a long time, through the 70s and the 80s. But there were some advances in the way food was studied during those decades. Nutrition became more important, and eating your vitamins and minerals was better understood.

What makes the 1970s a standout decade is that food got a little weird. People loved Jell-O, and making savory foods suspended in gelatin was a huge dinner party fad. Speaking of dinner parties, those became a big trend in the 1970s too. Prior to that, there just wasn’t enough food to go around, so you would only feed your family. Suddenly, food was available in abundance, so it became a social activity, and going out to eat became more common.

Some very strange fad diets were cropping up that were meant to be healthy or to help people lose weight. Now that food wasn’t scarce, weight became an issue. Some diets in the 70s included:

♦ Diet pills. Dexatrim was popular at the time, but it also increased your risk of a heart attack!

♦ Grapefruit diet. The grapefruit diet actually was a 1930s thing that really became popular in the 1970s, and it still is something people try today. It’s actually not so bad. You include a half grapefruit or grapefruit juice with each meal. The only problem is that grapefruit and certain medications don’t mix well.

♦ Sugar diet. The concept - eat more sugar, and your energy will be sky high, and your appetite will drop. What?!

♦ Sleeping Beauty diet. If you’re asleep, then you can’t eat, right? Well, unless you take Ambien. And that’s a part of the diet. You heard us right. Taking sedatives so you could sleep more and eat less was actually a diet. It’s rumored that Elvis Pressley tried it.

♦ The Scarsdale Diet. Probably the most popular fad diet of the decade was the Scarsdale Diet. It focused on restricting calories and only eating certain foods. It promised unrealistic weight management goals. 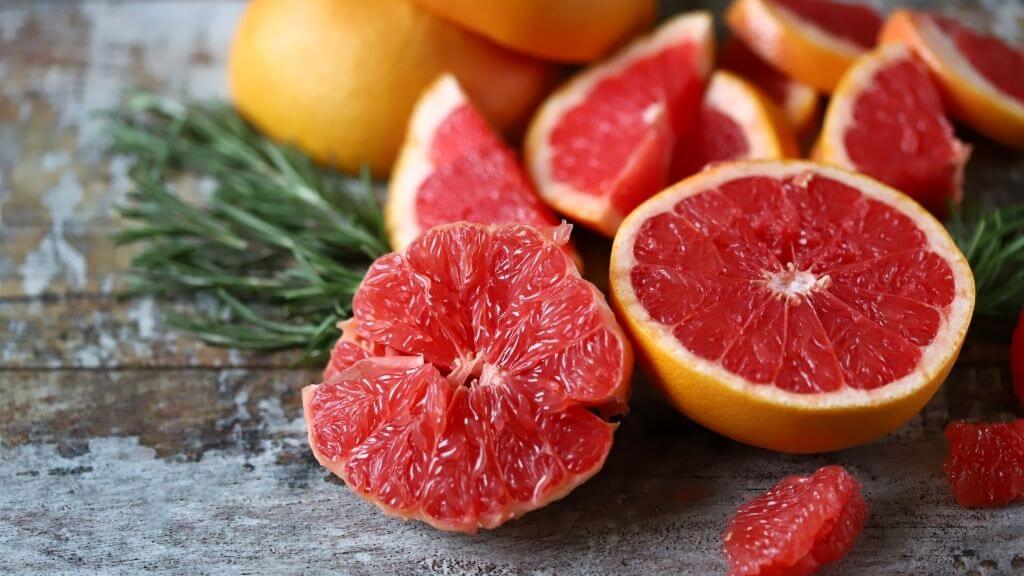 More science in the field of nutrition helped shape the diets of Americans in the 1980s. Food was more plentiful, people had larger incomes, and it was the decade of excess after all. People ate out a lot, portions got huge, they relied more on pre-packaged foods, and working out and fitness got a lot of attention.

The government was still sticking to its basic 4 food groups, but they also have the following recommendations for the American diet:

♦ Eat a variety of foods

♦ Avoid too much sugar

♦ Avoid too much sodium

♦ If you drink alcohol, do so in moderation

Beyond what was recommended, there were fad diets abound in the 1980s because being thin was in!

♦ Celebrity diets. Celebrities like Elizabeth Taylor came out with diet books that were not based on science, but people loved them because of celebrity culture.

♦ One-food-only diet. Cottage cheese, cabbage soup, grapefruit – whatever the food, eating only one food for days was a huge trend. 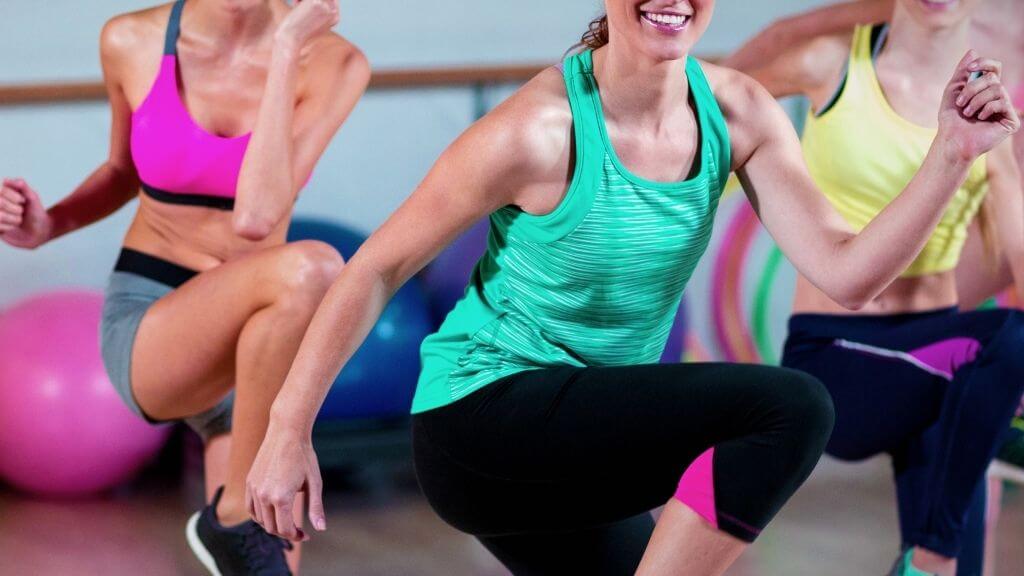 There was a lot of science behind this food model at the time, and it was something that people could get behind. They loved their grains, saw the importance of fruits and vegetables, and understood that fat and sugar were not part of a good diet. Or did they?

♦ Low-fat foods. Products like Olean hit the market to replace fat. The problem – uncontrollable diarrhea and “leakage” was a common complaint. This product quickly became something people avoided.

♦ The Ornish Diet. It was another low-fat diet created by Dr. Dean Ornish.

♦ The Blood Type Diet. Basically, it’s a diet created by Peter D’Adamo to encourage you to eat according to your blood type.

♦ Slim Fast. Some people still swear by Slim Fast as a breakfast and lunch replacement.

The millennium came, and suddenly people hated carbs. They were very popular in the 90s and took up the biggest portion of the food pyramid, and then they were the enemy. This idea even holds sway today with a lot of people, and it’s part of the reason Americans eat so many more calories than they did in the past, as they load up on fat and protein.

In 2005, the food pyramid changed again. This change is one that’s not familiar to many, and it only lasted until 2011. It listed 6 food groups: 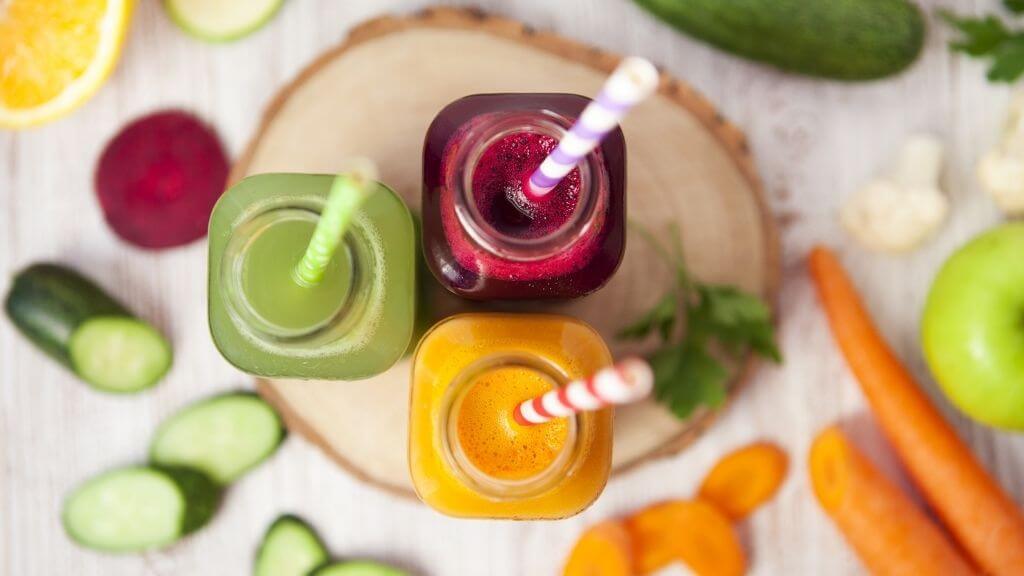 The change of the food pyramid reflects society’s obsession with carb-hatred. Many diets were about avoiding carbs and loading up on fat and protein. Other trends in the 2000s included:

♦ Baby food diet. Eating baby food was supposed to help control portions or replace snacks. We’re not even sure how this one worked exactly, but it was an odd one.

♦ Juice cleanses. No matter what type of liquid cleanse you’re using, these felt like a rite of passage in the 2000s. You simply had to try one – no matter that your body doesn’t need this kind of cleanse because that’s what your liver and kidneys do.

As we mentioned, in 2011, a new USDA food guide was created, MyPlate. It divides a plate into four categories with a glass.

In the 2010s, the idea of farm-to-table, organic, and more fresh foods became key to eating. People learned more about nutrition and paid more attention to fitness. But they still had some strange diet ideas.

♦ Paleo. Eat like a neanderthal, and you’ll be fit.

♦ Gluten-Free. Not eating gluten is critical for people with celiac concerns, but for some reason, everyone in the United States thought gluten made them fat, and by cutting that out, they’d trim up.

♦ Bulletproof Diet. How about a cup of coffee with a stick of grass-fed butter in it? Yep, that was a diet people swore by. It does focus on healthy fats, but it still plays with the concept of fats and proteins over carbohydrates, which is nothing new.

♦ Raw foods diet. If this helps you eat more veggies and fruits, then it’s a pretty good idea. But while this diet was extremely popular in 2016, it’s not very trendy anymore.

What’s happening now in people’s diets? The focus tends to be on the microbiome and personalized nutrition. People realize that not everyone is the same, which means your diets shouldn’t be the same.

Sure, there are some trends happening now, like keto and juicing fads that might not have staying power. But intuitive eating and paying attention to your body’s individual nutrition needs will probably be a permanent change for the good.

What’s the grand takeaway from all this: the best diet is the one that works for you. You do you.