SALE
Back to Fitness

Through the Decades: Debunking American Fitness and Food Fads

Fitness and Food Fads come, and they go. Well, most of them go. Some of them aren’t actually fads, and they stick around—like counting calories and exercise in general. So, what were some of the hottest food and fitness fads of the past 100 years? Pay attention because a lot of them cycle around and come back.

While you might not think of the 1920s as a time to emulate when it comes to health and fitness, they might have been more in touch than the following decades. In the 1920s, the push across the United States was to introduce more athletics and playgrounds for children to get out and be active.

Then jobs became more clerical and less physical, and people realized that adults needed fitness too. In the 20s we also saw exercise records, which were basically a fitness class narrated by a news reporter and played on a record. It gave you that at-home convenience that we’ll see keep coming back as a fitness fad.

By the time the 1930s rolled around, fitness was becoming a part of regular life for most Americans. Many people were involved in organized sports of some sort, typically a league or recreational group. Interestingly, in this era, cigarettes were not considered bad for your health, and they often featured cards to encourage people to buy them. Some of the cards featured baseball players (like the famed Honus Wagner card), and in the 1930s, some of them featured exercises and stretches. So, you could smoke and stretch at the same time. 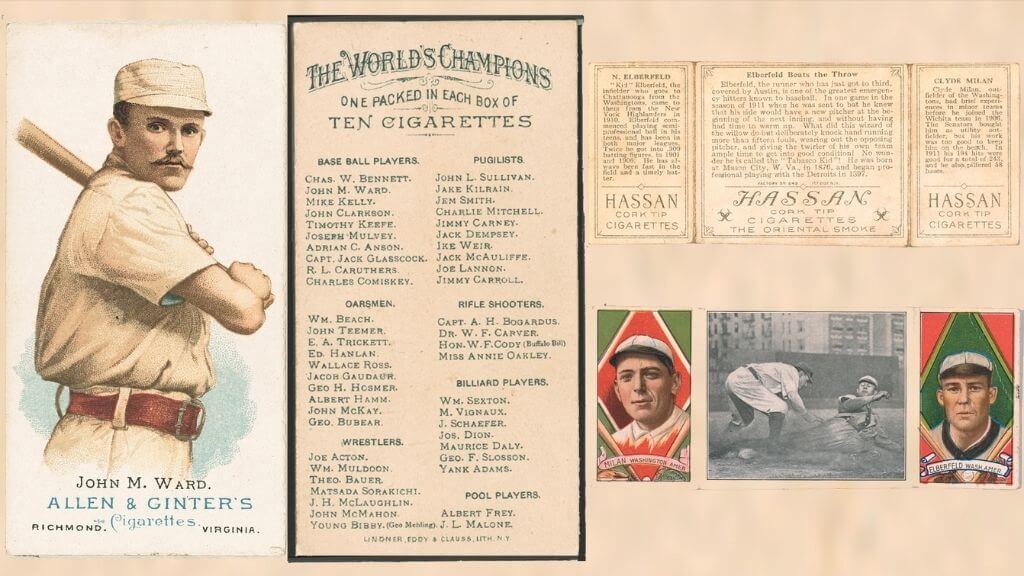 By the 1940s, the fitness fad focused on women, probably because the men were at war and fitness was lower on their priorities and, frankly, already a part of their life in the military. Women were doing a lot of stretching and focused on flexibility, but they could also climb in the Reduc-o-matic, a portable sauna. If these fitness activities seem low-key, it’s because they were. Experts thought exercise could harm a woman’s uterus.

In the 1950s, Jack LaLanne had a fitness show on TV that was a huge success, he created a device he called the Glamour Stretcher, and it was geared for women’s use. What was it? Probably the first exercise band, and it worked, or we wouldn’t still be using them today.

The 50s were also a time when the world went wild for the hula hoop. So, guess what? This trend is back too, and for a good reason. It actually burns calories, challenges core muscles, and improves coordination, but most of all, it’s fun.

In the 1960s, people were looking for an easy way to exercise, and the vibrating belt hit the market. It didn’t last long, and it seems ridiculous that vibrations would melt off fat— it’s like thinking that shaking weights could make you fit. Oh, wait, the shake weight doesn’t come until later.

By the 1970s, there was a new direction for fitness. Jazzercise was born in 1969 and really began to take off in the 70s. The entire industry of aerobics seemed to crop up around it. Did you know that Jazzercise is still a thing, and many people enjoy getting a workout while dancing with others? 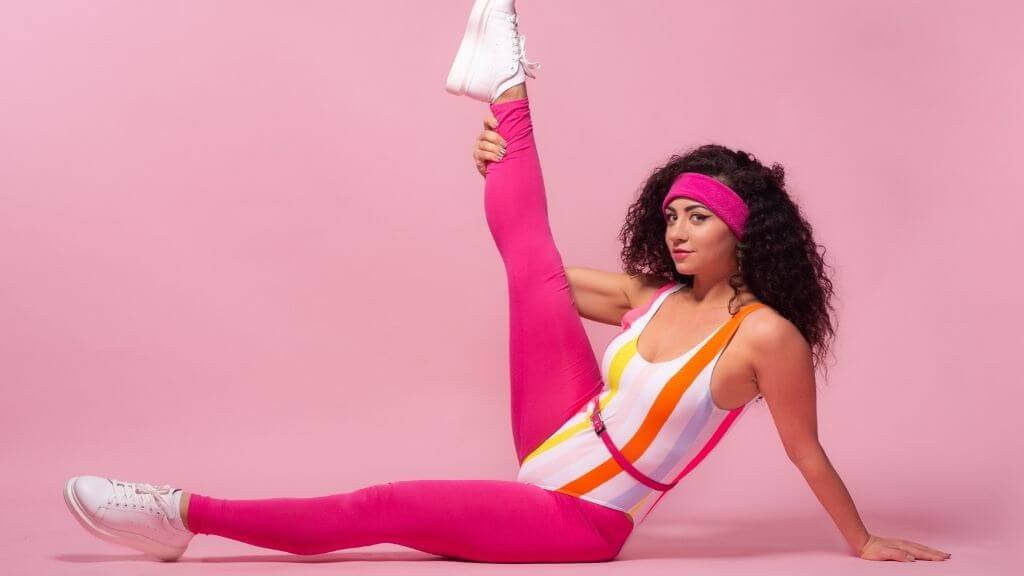 By the 1980s, aerobics was set to explode and become the biggest fitness craze around. With Jane Fonda, Richard Simmons, and many others leading the way, television shows and videos watched at home made aerobics available to everyone. While others were going to classes to get their aerobics fix, and with the increase in the number of classes available, there became an increase in gyms and fitness centers. The gym culture was beginning to catch on.

The interest in working out at home continued to grow, and more people joined the at-home fitness market with people like Billy Blanks with his Tae Bo classes and Denise Austin with her Pilates videos. The success of these people, as well as Richard Simmons and Jane Fonda, prompted just about every celebrity to try to hit it big with a fitness video. Anyone interested in fitness with Angela Lansbury?

The aerobics at home trend certainly sparked more interest in home fitness, so home equipment started gaining speed. At first, it was small with gadgets like the Thigh Master and Ab Roller, but that grew to include large systems like BowFlex and Nordic Track.

In the early 2000s, people loved their classes. They liked to be shown what to do and how to do it and to be held accountable. This led to the huge popularity of Pilates, spin classes, and CrossFit. To encourage people who didn’t like classes to get fit, couch to 5K became a big hit, and so did a number of apps that track, encourage, and even dictate your fitness routines. 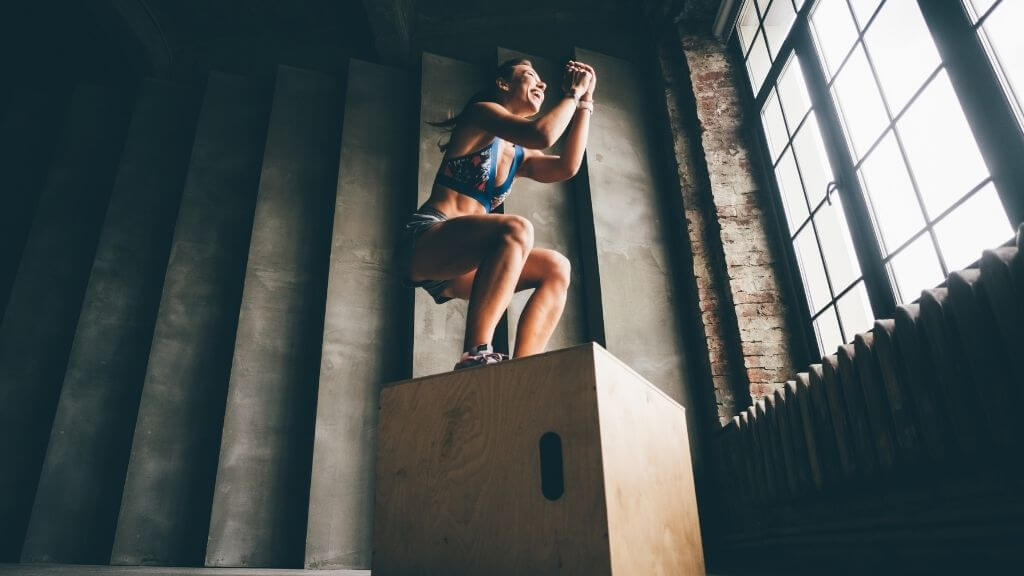 There were also a lot of gadgets that were rolled out in the 2000s, including the Shake Weight. Kettlebells are another gadget that entered the market, but they’re a great way to work on your core, strength, and stability.

Cleanse diets have also really taken off in the last 20 years. They can work initially, but they’re not a good way to diet in the long term. You’re not getting the nutrients you need, and your body is going to rebound.

The Future of Fitness

Where do we see the future of fitness going? It seems like activity trackers are going to become more common and more integrated with the technology we already have. The days of a specialized step tracker are probably over, but now we’ll use watches, phones, and maybe even other accessories we always wear/carry to keep track of steps, calories in and out, food, sedentary moments, and more.

As food science develops and people learn more and more about the foods they eat and the importance of a well-balanced diet, that’s probably going to be the norm. But there may be more to learn about individual genetics and food. It’s quite possible that people will begin eating customized meals designed to work with their DNA. There will also be fitness plans designed around your genetics. Investigation into genetics, exercise, and nutrition is currently a hot topic.

But let’s be honest, the future of fitness and food fads is going to be filled with some silly things, too. But as long as those things aren’t hurting you, who cares? If you’re getting out there and moving, then your body is reaping the rewards, and that’s all that’s really important when it comes to fitness. It doesn’t matter if you’re hula hooping, shaking a weight, or racing your butt off in a virtual reality-enhanced version of the Tour de France. Just get moving. 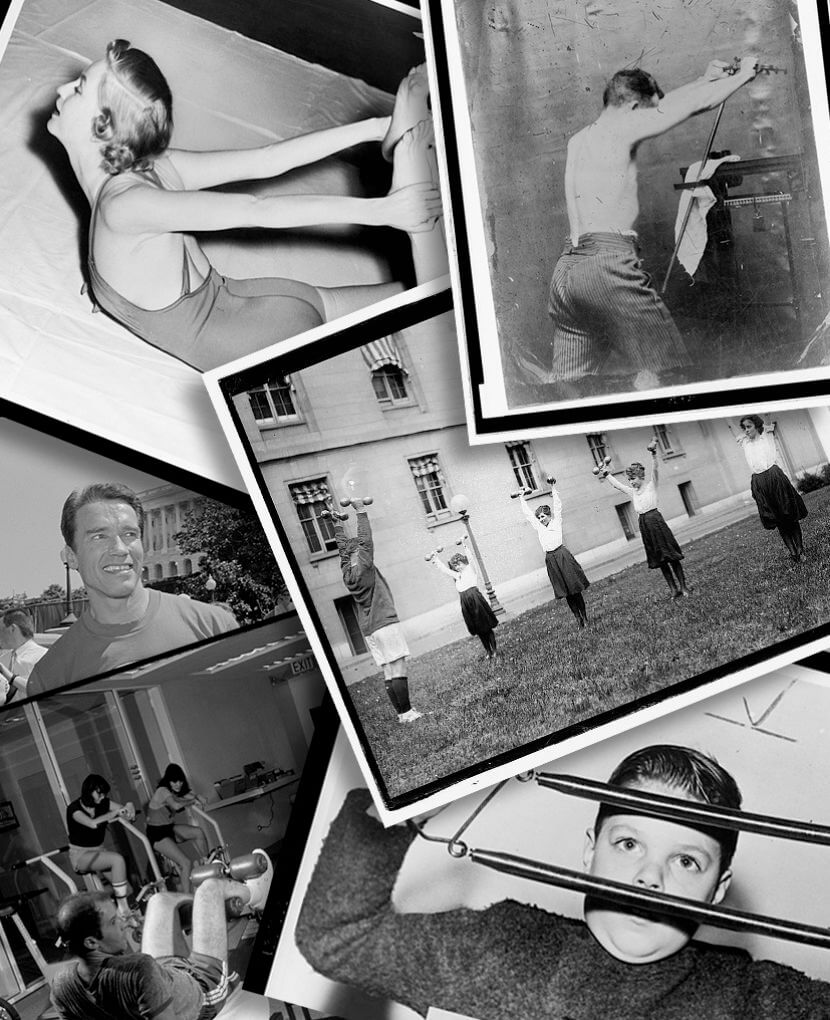